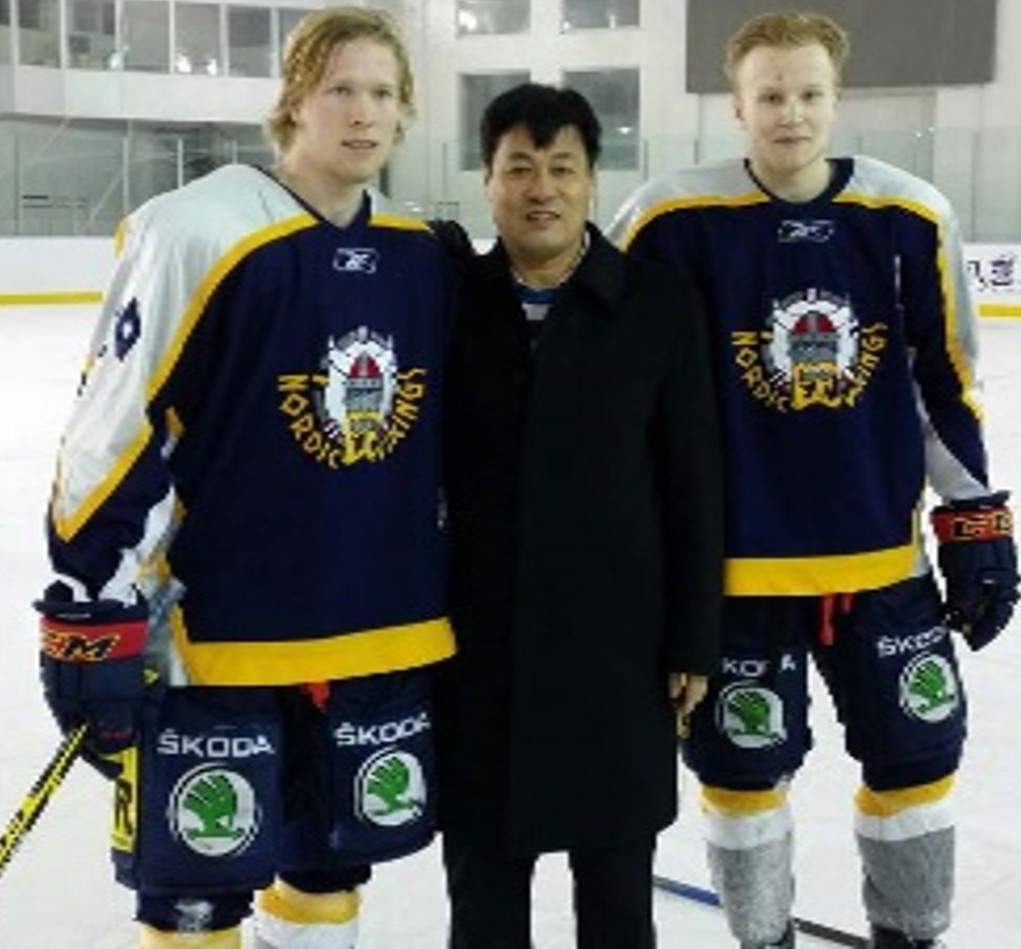 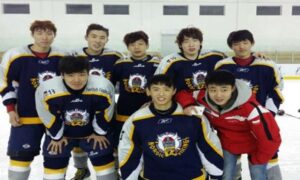 A 7-3 Victory ended the Tour of 4 Straight Victories.

Today another former Nordic Viking Player “Wang Dakai” came and played with his number 91 Jersey for the first time since 2005.

… If you look in the history books he saved Vikings,
in one of the games in Asia League, by scoring 2 goals and one assist when
Nordic Vikings won on overtime against Harbin in Asia League who still is the
only time when Vikings has lost a point against Chinese Team.

The second game
Nordic Vikings Hokay against China National Team, was again dominated by the
two Djurgården players Alex Falk in the defense and Niclas Heienrö who scored
two goals each… The Norwegian player Tim Robin Johnsgård from Hammmarby also
scored 1 goal again and then also Oliver Hofbauer, before Zhang Zeesen scored
the first goal for Nordic Viking Hokay from a Hokay player.

Nicklas Heienrö and Alex Falk – dominated
again out with full speed and scored 2 goals in the first period, and when
also Alex Falk did the same the game was over after that. In the second the gap
increased further by goals from Hofbauer, Johnsgård and Zhang Zeesen before the
Chinese camback alittle in the third period to level the game. Todays game was
played in the new rink, Maquang Rink close to the Airport and former Beijinger
and expatriot Legend in Chinese and Asian Adult Ice hockey, Ray Plummer, just
commented on Facebook and said “its great to see two new rinks so close from my
former home”

Finally I would
like to thank mainly the Swedish Ice Hockey Clubs, Djurgården, Hammarby,
Leksand and all Swedish Woman and Men players for helping doing this tour
possible. We also of course thank Chinese Ice Hockey Federation and ZY with his

Hokay Hope Team and the Hokay Ice Centers and Club…. You showed all great support
this time… I think the game today showed how good a Nordic Vikings Hokay team
could play and today set up would have done a great performance in Asia
League… Hopefully we are back there soon… said Per-Erik Holmström…