Nordic Vikings entered Asia League 2005-2006 Season, supported by IIHF and President Shoichi Tomita to help the development in China and still have most of the Chinese Record of the Asia League. Nordic Vikings took a “Time Out” from the League 2006-2007 and has then viewed and supported the development without any team participating in the League.

Nordic Vikings started cooperation with China and Chinese Wintersport 2005 supported by Vice President Mr Lanli and General Secretary Mr Ji Junfeng. The Cooperation also involved cooperation with Harbin and Qiqihaer Sports Bureas. The Projects with Winter Sport was more informal between 2006 to 2013 and mostly based on Youth and Legends Games. It restarted 2014 with International Games between Chinese National Teams and Nordic Vikings Selected Teams on both Woman and Men side. It also involved Cooperations with Beijing Hockey Association (BHA)

Nordic Vikings started cooperation with Hokay Club, through connections with Zhang Yuan and Wang Long already 2005. Together they started the Rink Project in Gao Bei Dian in Xing Long Park Beijing. The first Rink in Beijing for Ice Hockey during the whole year. Today Beijing host more than 100 Rinks and almost 10.000 Kids are involved in Ice Hockey. Hokay Club was also the key connection starting the China Bandy Association 2014.

Nordic Vikings has a little bit of its Heritage in the Swedish Ice Hockey mainly started with connections between SIF with Rickard Fagerlund, Christer Englund and Lars G Karlsson and the Swedish Financial Market and Per-Erik Holmstrom who initiated – Financial Hockey League, Swedish Financial Teams and CEO Hockey.  Nordic Vikings has together with Lars G Karlsson Swedish Hockey and KG Stoppel looked at the development of Spanish Hockey and in Spanish Talking Countries  since the Unversiade in Granada 2016.

KG Stoppel and Djurgården has assisted Nordic Vikings in the development in China and Spanish Ice Hockey. They are one of the biggest sports clubs in in Sweden and the Stockholm based Club with most Swedish Championships.

Nordic Vikings initiated a cooperation between Swedish and Spanish Federations through Lars G Karlsson involvment in the Granada project and the Universiade. Involved has been Frank Gonzales and Anders Larsson both IIHF and their National Federations. Also involved on the Spanish side has been General Secretary Xavier Cerda and Sport Director Maurizio Manzi.

Nordic Vikings picked up an interest for supporting the Spanish Talking Countries already 2017. And the discussions started with the Granada Project, but due to low local Interest from the city the project ended with some support of Granada Grizzlies Woman Team 2019-2020 and the Corona stopped the project 2020-2021.

We recomend Flashscore for Information of Games and Results in Spain.

Here you could find Nordic Vikings past Rooster from Asia League 2005-2006 and also the new Rooster for Spain. https://www.eliteprospects.com/team/1367/nordic-vikings/2005-2006

Nordic Vikings and Financial Vikings has been active around the “Legends Ice Hockey” in Sweden devloping the embryo to “Swedens Hall of Fame” by the creation of “Honorable Day of Hockey” with Sven Tumba in Tumba. 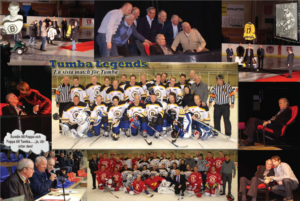 Nordic Vikings – started the China Bandy project supported by – FIB. Nordic Vikings has also been involved in adding Countries like Slovakia, Colombia and India to the Bandy Family with a clear target and support to help the Sport into the Olympics.

Nordic Vikings – started the China Bandy project in China Sustainable Organization 2014 and a Camp in Harbin. With first games in China played 2015 in “Bandy Winter Classic” on the natural ice of Chengde in January. One week later China Participated in their first World Championship Indoor in Chabarowsk.  China then participated in both Woman (Minnesota) and Men (Uljanovsk) 2016, before arranging their first own World Championships 2018 in Chengde (Woman)  after Harbin (Men) with good results.