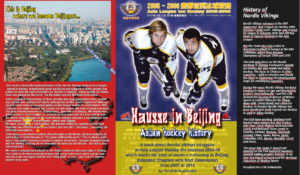 The Heritage of Nordic Vikings

Nordic Vikings entrance in the IIHF Supported  Asia League Ice Hockey 2005 became a jump start – Vikings was in lead of League in Autumn 2005 and still has most of Chinese Records in the Asia League. But the Team also had a stint in American Football in Europé in the late 1990thies, where they became Champions of Europé 1994 and 1995

The Club now focus on the Nordic Heritage in Skating Teamsports mainly Ice Hockey but also Bandy and Inline Hockey. The focus in China as in other Countries – with Ice Hockey and Bandy has been in supporting the Development Steps for Developing Countries. 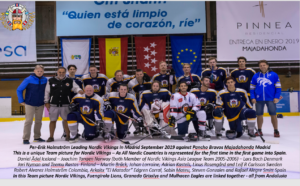