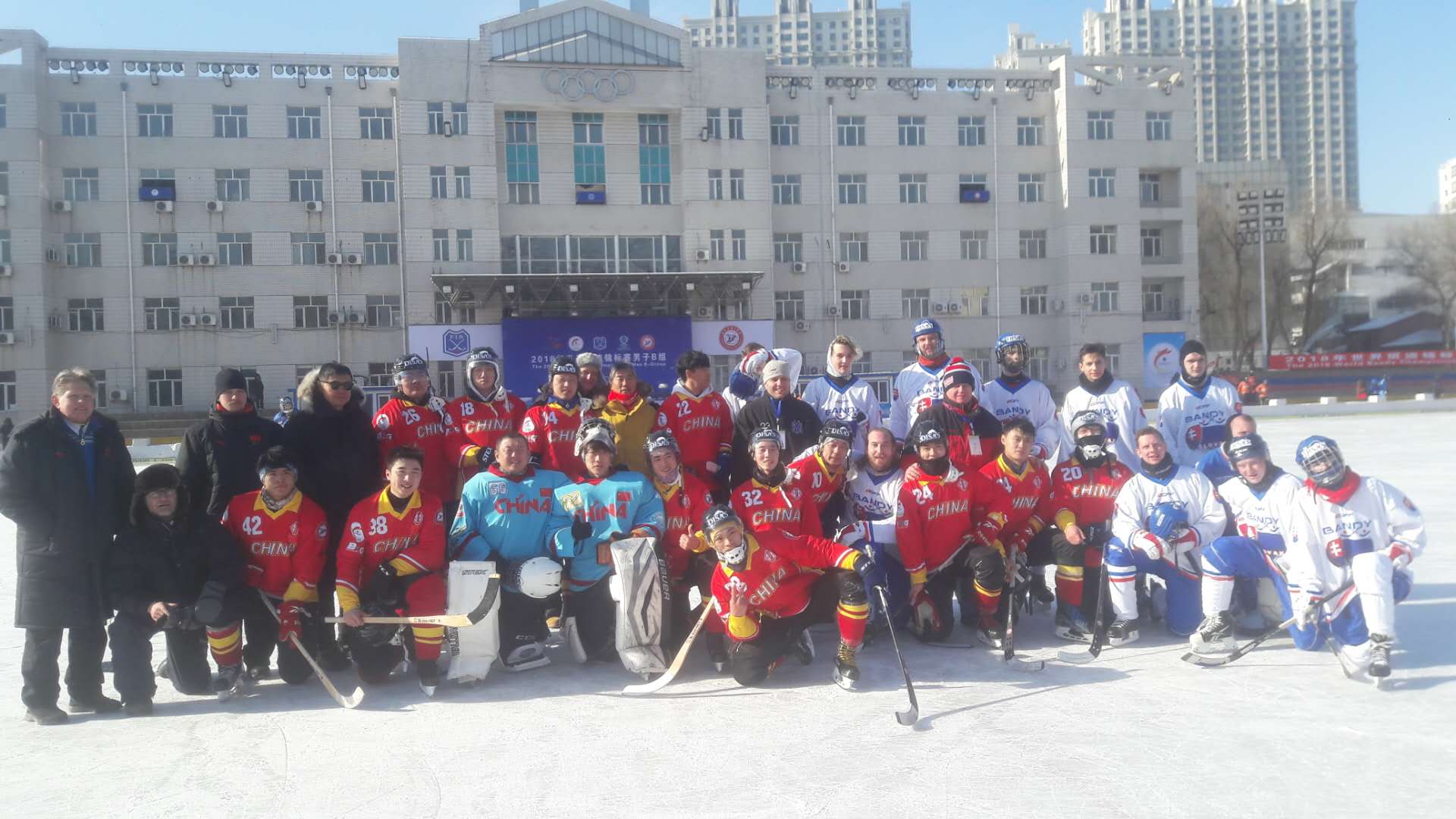 China Bandy, became 4th in their first home Championship in Harbin and when we summarize this tournament it has been a lot that have been achieved in a very short time in China says Professor Per-Erik Holmström.  However today against Estonia the team was mentally empty after the Japan Game yesterday..

But looking back on the Tournament we have really done a great Tournament – In the group play, we lost against the Tournament winners Holland, but not with that far margin, Then we clearly won Somalia, before we had the tight winner against the Slovakian Team who entered their first WC, it will be tuffer games in the future…

However we then went into QF against Mongolia, that we in many years have had many chances to beat – but never really finished off the game – This time the Chinese Team was ready and we won 3-2… And then we runned into the Semifinal against Japan, a team China has not win against since 1990, when the Chinese Ice Hockey Team won the Asian Games the last time. This time we was in the lead with 1-0 until the 86 minute when Japan scored two times in the box, and the Team was not ready to handle a change of tactics that late in the game. Instead the game ended with some penalties and suspensions for China, that I really need question some of the judges…. However in all this was a huge step forward for Chinese Bandy