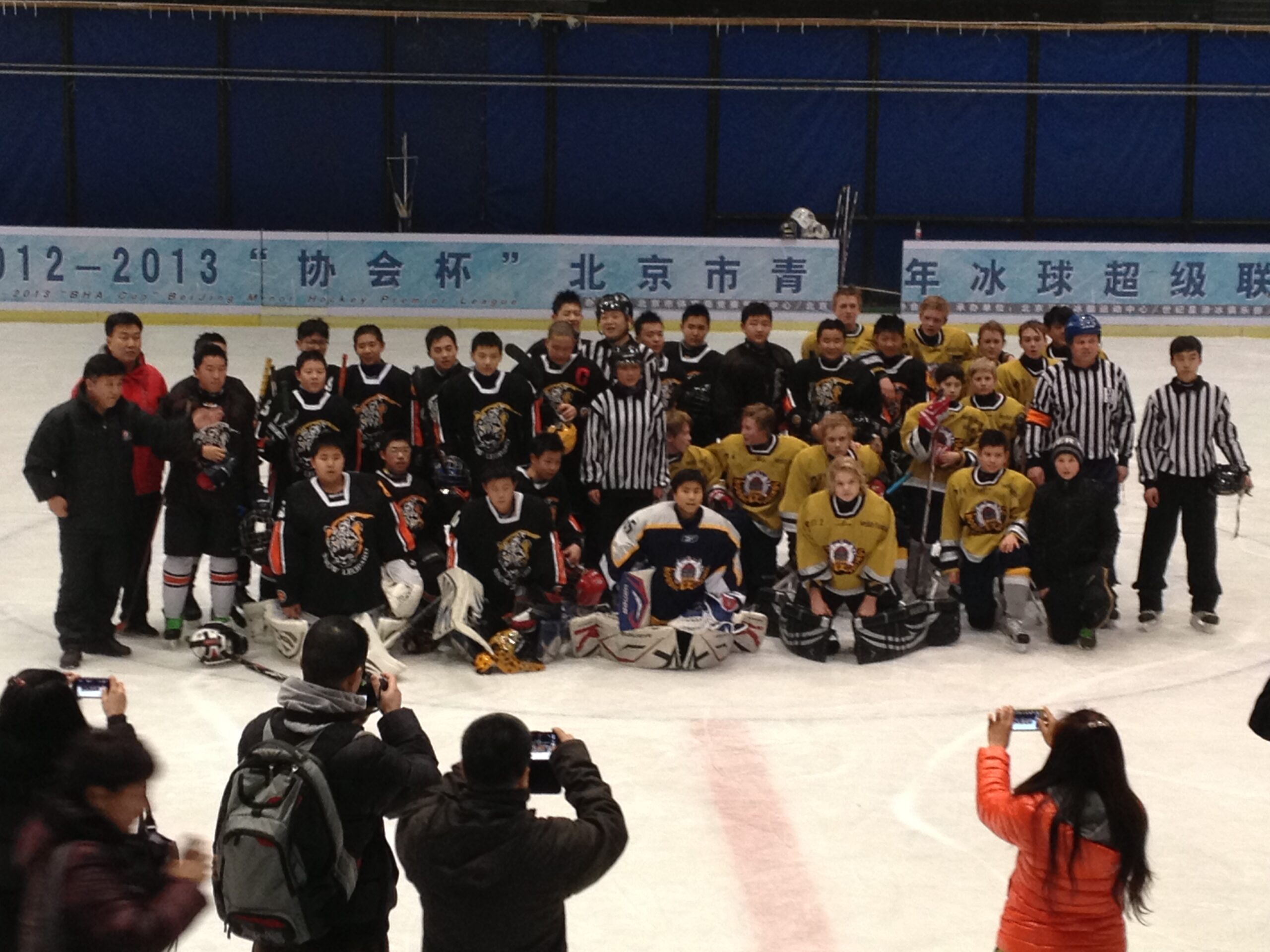 Two Straight Wins for Nordic Vikings Youth Team in their comeback to Beijing, but we expect a hard game on Thursday 28 at Hokay 18.30 against Hoakay younger part of the Hope Team, said Chinese born Swedish Captain Daniel Zhang..

Two Straight Wins for Nordic Vikings Youth Team in their comeback to Beijing, ” but we expect a much tuffer game on Thursday 28 at Hokay 18.30 against Hoakay younger part of the Hope Team, said Chinese born Swedish Captain Daniel Zhang..

Nordic Vikings Vs Beijing Hockey Association Pioneers (BHA) 14-4
Nordic Vikings Youth Team was playing their first game in Beijing on Sunday 24 February and the score was 14 to 4. The game started as a quite even game but after the half of the first period the Vikings scored two fast goals within a minute and could play more relaxed on the result after that. It was a quite calm game without any major physical game. “Both team had skillful players but the overall level and experience for playing more games become the difrent in the end” said Nordic Vikings Captain, Chinese born Daniel Zhang and thanked their opponent for a good and friendly game.

Nordic Vikings vs Hokay 9-5
In this game Vikings scored already after 6 seconds. The game was played in high speed where 3 of the Hokay Hope players probably was the best Individuals in the game. However Icehockey is a teamsport and Vikings worked on and buillt up the lead to 8 to 2 before they relaxed a little in the end and balanced the game a little bit. “It has been great to comeback to China and play Ice Hockey” said Nordic Vikings Captain, Chinese born Daniel Zhang and thanked for the highspeed game. He also added “But we know it will be faster game on Thursday”.

The Nordic Vikings Team in this Games –