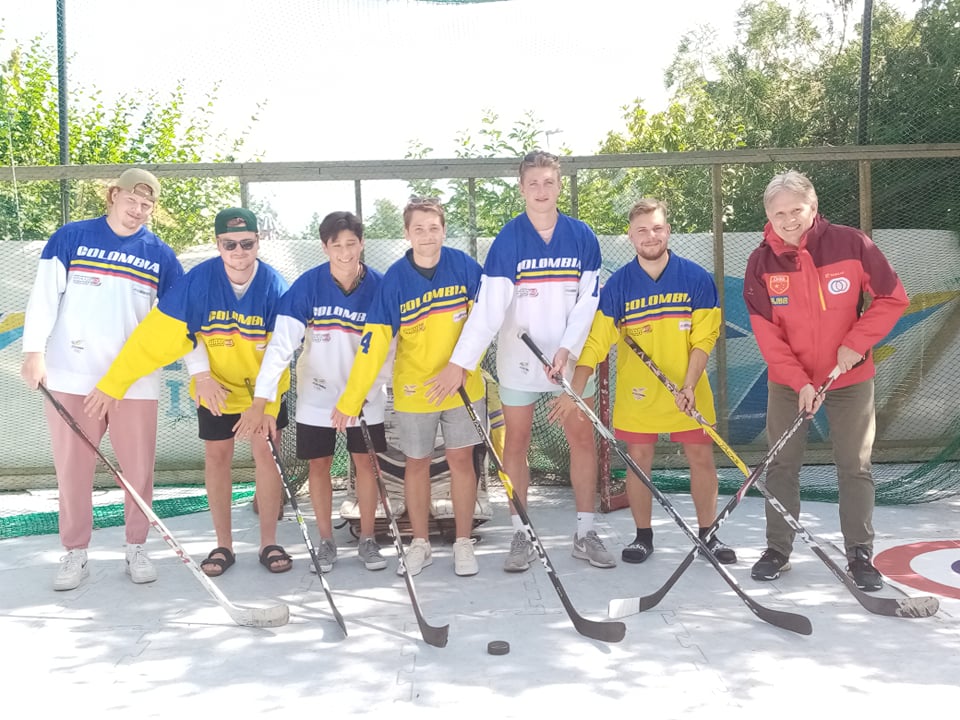 The Nordic Vikings Group visited Lars G Karlsson, an Icon in Swedish Hockey Leadership, who has been pioneer in many Areas.

The Nordic Vikings Group, who all have played J20 elit, visited Lars G Karlsson –  an Icon in Swedish Hockey Leadership, who has been pioneer in many Areas, as starting the Swedish National Woman Team, the University Team and the Para Olympics Team. Internationally he has been involved in many World Championship as Tournament Director. Lars G has been involved since he backed the Unversiad in Granada 2015 and started to see the opportunities in Spain. He was also involved in the Nordic Vikings creation of the Latino Group, an attempt to link the Hockey Competence created in Sweden around the whole Spanish Speaking people in the world with a base in Spain.

As usual Lars G Karlsson tested the focus and skills in the group with a lot of activities after the Lunch, and gave some advice to he pioneers before the group heading to Madrid in September.