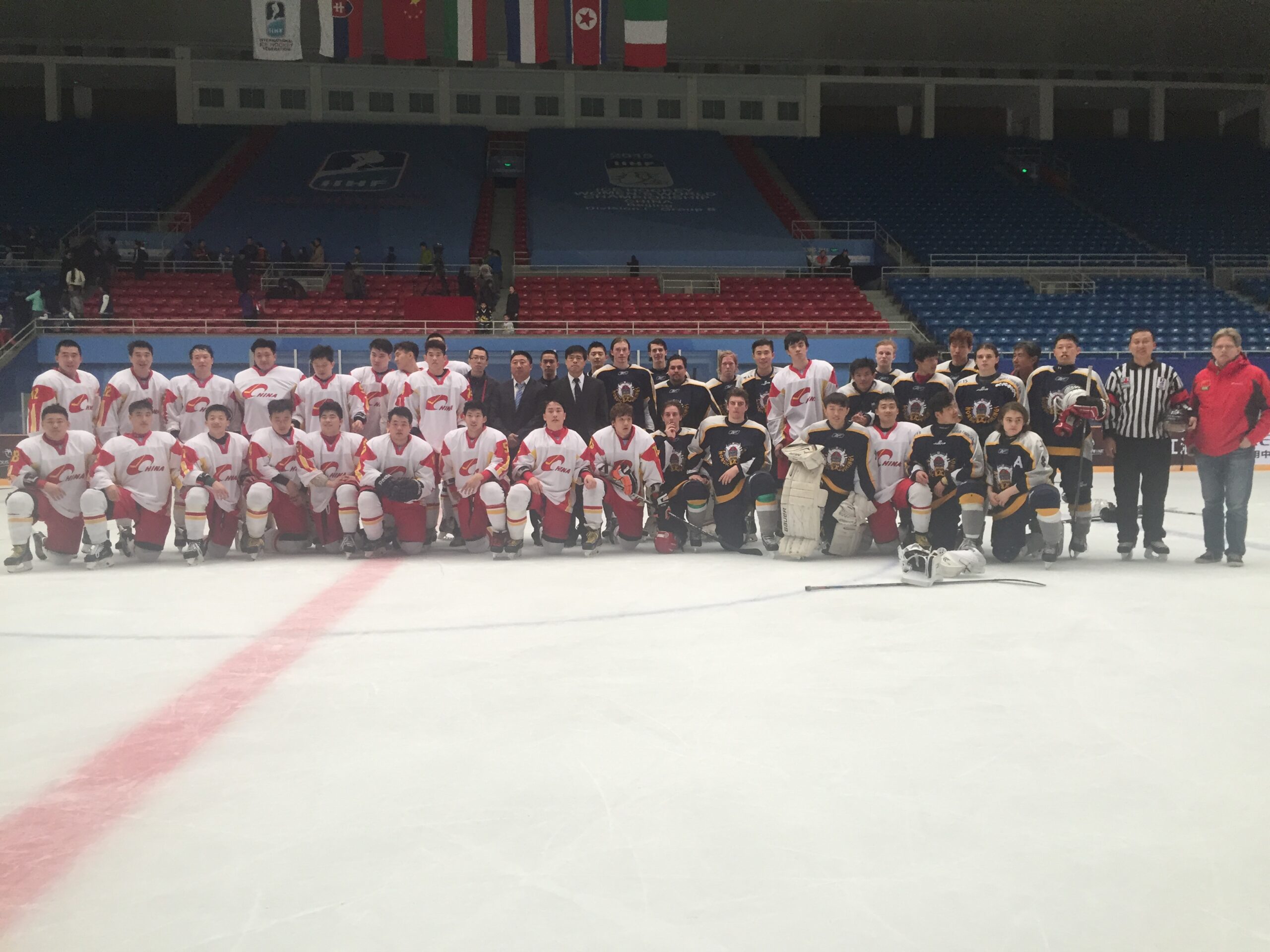 During this latest trip we have won 4 straight “informal” games against
Chinese National Ice Hockey Teams, two for our first Woman Team, with players
from Djurgården and Leksand, and two from the Men with players from Djurgården
and Hammarby.

The Victories for Vikings Hokay in two games 7-3, and 5-3, against China
National Team for Men,  which means that the unbeaten record still stands
after 10 years. In this games former Nordic Vikings player, Wang Dakai and
Zhang Weyang, assisted the team for the first time since 2005 and we were also
back in Shouti Arena. Nordic Vikings Hokay was dominated by the two Djurgården
premiership players Alex Falk in the defense and the forward Niclas Heinerö who
scored five goals. The team was mainly based on Hammarby players with some next
generation players born 98/99. They were complemented with the next generation
of Hokay players led by Zhang Zeesen and Zou Tien You. The standard of this
team would have done great in the “Asia League”, the highest level of Ice
hockey in Asia, created by Shoichi Tomita and supported by Chinese Lanli.
Victories also for Vikings Ladies, with 5-1 and 5-2 in two demonstrative games
against the Chinese National Ladies Team. Here the Team was led by Tina Enström
former Olympic Player, with players from Djurgården and Leksand. The games was
done in conjunction to the preparation of Chinese Woman Teams before the World
Championship in China and as Gentlemen always says – Ladies First.

Finally I would like to thank the Swedish Ice Hockey Clubs, Djurgården,
Hammarby, Leksand and all Swedish Woman and Men players for the help doing this
tour possible. We also of course thank Chinese Ice Hockey Federation and Hokay,
with ZY , Hope Team and the Hokay Ice Centers and Club – You showed all great
support this time. I think the last game showed how good a Nordic Vikings Hokay
team could play and the set up would have done a great performance in Asia
League.

In this year Nordic Vikings have also introduced and started the Bandy
development in China with the Bandy Winter Classic in Chengde, supported by
Sandvik with worldclass teams as Sandviken AIK and Bajkal Energu from Irkutsk.
Then Hans Elis Johansson formed a team that took part in the Bandy World
Championship in Khabarovsk, where Johan Chang, became the best player in the
whole tournament scoring 17 goals for China. Next year it will be the Ladies on
stage in USA…

Hopefully we are back there soon…said Per-Erik Holmström…assisted by
the Nordic Vikings Captain, 15 year old Daniel Zhang, who have participated in
all Bandy and Ice Hockey games on the Men side this year…