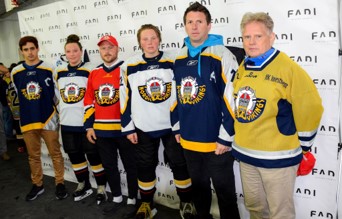 Nordic Vikings has connected two Swedish Woman Players – to strengthen Granada Grizzly Woman Team.  It is Felicia Nordlund from AIK and Matilda Eriksson Södertälje SSK, who joined for the most part of the season. We think this two girls will help the Team in a good way and we hope that the Woman Team could win some games… We think Steven and the girls doing a great work to put Granada on the Ice Hockey Map..

Regarding the Mens Team it became to late to get, both the school and ice hockey on track for a full season in La Liga Hielo – but we are looking forward for arranging a Nordic Challenge to give Granada some quality games… Best Regards Per-Erik Holmström President Nordic Vikings