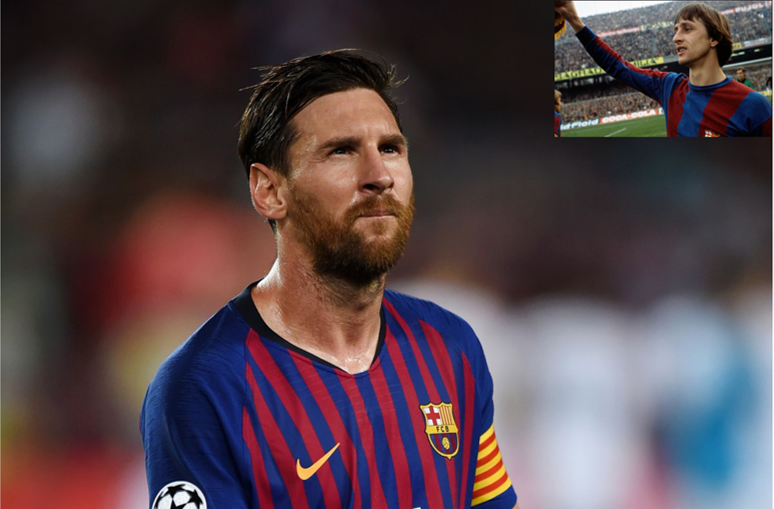 Nordic Vikings, will come to Barcelona and Nou Camp already on Thursday 4 November for a Friendly game 21.00. On Saturday the 6 November 15.00 – FC Barcelona vs Nordic Vikings in La Liga LNHH…

I think the whole Team are Looking forward to visit “Nou Camp” and the games against FC Barcelona, who is a Team that also represent a playing tradition world known in all sports…. It is actually an honor for every player in the whole world to be able to visit Nou Camp and play a game.

From my points of view it was Johan Cruyff and his Dutch style of play ” The Total Football ” that settled their style and real development in the 70ties, in a time when football was quite rough – than of course other generations have proceed it with the reveloution of Lionel Messi, (Xavi, Iniesta) founding the “Tic i Tac” style to be able to attack big teams inside, with small size and skills… Football is of course the biggest play in the world however FC Barcelona is not just football it is also Handboll, Basketball, Roller Hockey and Hockey Hielo, and the whole Club has a reputation to have a playing style and good behavior…. It is just Real Madrid and Manchester United – that might come close to that in reputation… However today I actually should add Manchester City and Pep Guardiola. a Barca guy, as well…. Our visit will be in Hockey Hielo and.. Messi is not here anymore, but for sure he could not have added anything on the ice, due to that he is the biggest Football Player in the world… It will also be the first time FC Barcelona will allow Audence to the Rink… so as we are a Madrid Team, with a playing style, we have called this game “El Classico”….