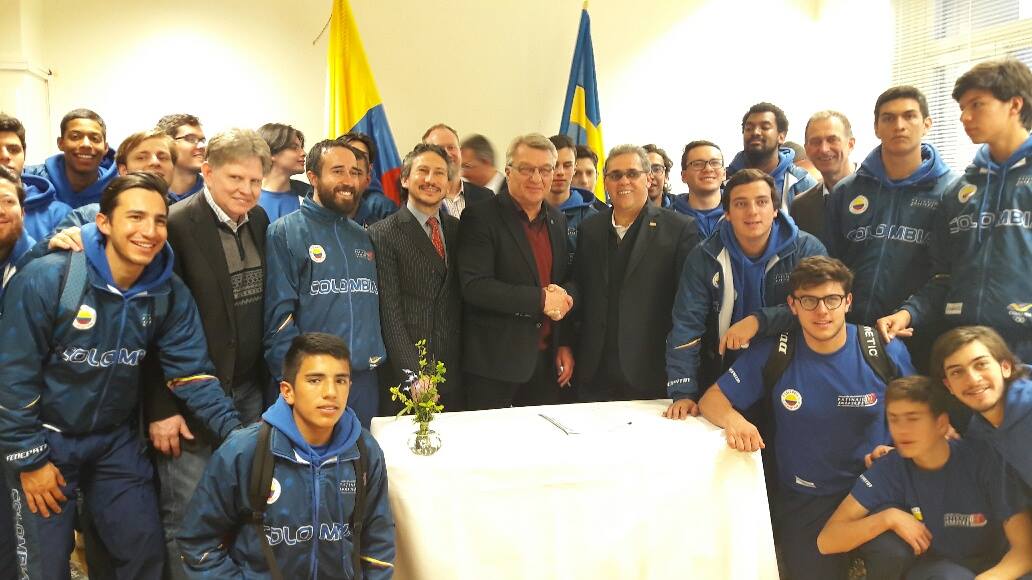 In the tight Schedule of the Latino Camp –  The Bandy Day became really intensive.

First the Colombian Team was given the opportunity to try the game out in Värmdö and then later in the evening on the Colombian Embassy in Stockholm – Federation of International Bandy – represented by Vice President Stig Bertilsson invited the President for the Colombian Skating Federation Alberto Herrera to the Bandy Family and they signed the Agreement in front of Press and the Players and some Sponsors.