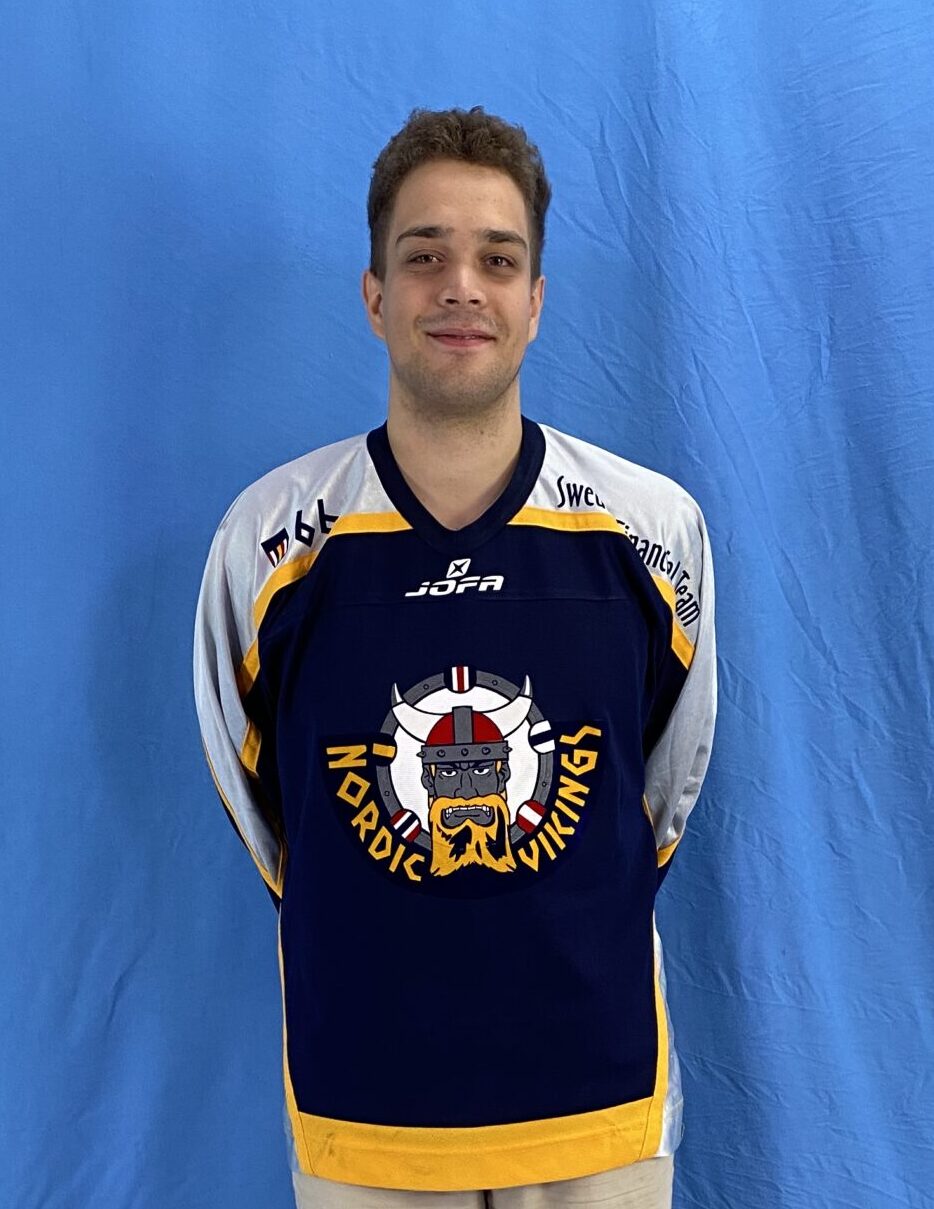 Filip Lindblom will replacing Viktor Fagerlund in the Team – due to the new and heavy study program for Viktor Fagerlund starting a new direction. Filip also have his youth development in AIK, and had its Junior Development on NIU Level in Nacka where he also played in DIV 2, before a concussion have stopped him for almost 2 seasons

Filip says ” I am in the phase of my life to focus more on study to take the next steps after the sport, and when this came up I felt this could suit me quite well as I have missed the Ice Hockey.. for a while. It will also be a chance to update both the French and Spanish Languages Spanish”

Per-Erik Says ” Filip has always been a talented player with a great intuition on the Ice and could change any game at any time in the game. I think he will add points for us. We will still miss Viktor and his defensive play – But I had the opportunity to work with both of them already as small kids and it will be fun to rejoin with Filip again and the door is still open for Viktor when the study allow him to come”