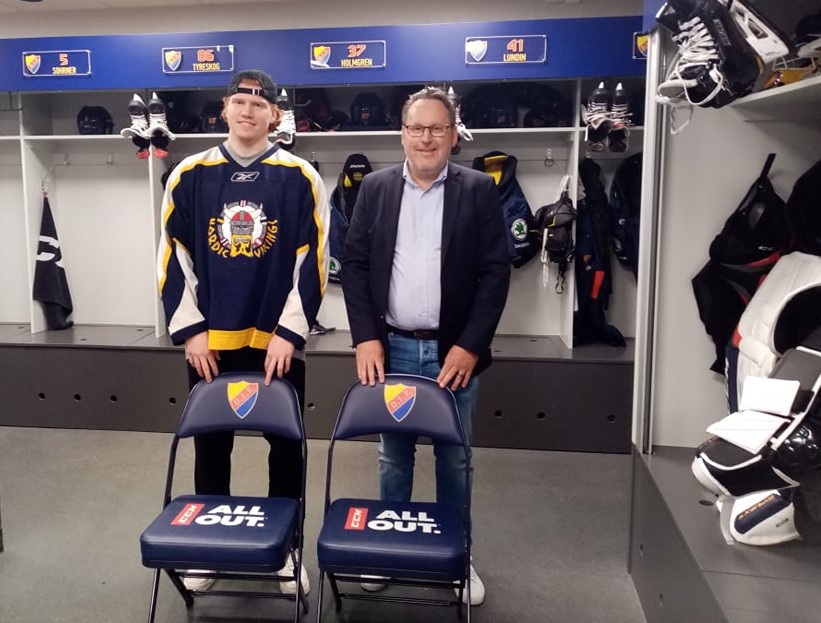 We met KG Stoppel Djurgården, representing one of Europes most merited Ice Hockey Clubs, and also one of the biggest and most merited Swedish Clubs, involving a lot of sports, like Football but also Bandy and Figure Skating among the Skating Heritage Sports and asked why they have looked into this project.

“I have followed this project for almost three years now, and due to that all Hockey Clubs around the world struggling in the wave of the pandemic – we feel that it is still things that we could do for the Hockey Development in the world. If the Spanish and Swedish Federations together with IIHF follow the road map that they worked out together with Nordic Vikings Group this project have potential to grow and became important for the Ice Hockey Development in the world in the Spanish Speaking part of the world. However they all need to follow the road map and work hard together.

Following the project from inside and outside – It was first when we saw that the understanding in the importance of the “Virtual Tool” and TV Coverage with Quality was there that we decided to support there. All details not ready but it is really on the right way. We also understood early that a Nordic Team could help the Marketing and Interest for the League, in both markets, and in the same way fill up the critical mass in the League with new players and teams. So we have helped with that as well and are currently following the process.  However one of the hard and tuffest parts in this job on top level – is to take in people in the organisation, as it often means that someone also have to leave it. We produce and educate a lot of players in our educating system and at different stages we could not take care of them all when they reach the top levels. We are therefore happy that two of our players from our Youth Development Stage take part in this project and we really wish them good luck. We also believe they will show the right colors also in the Nordic Vikings” Says KG Stoppel Vice President….

On the picture Lukas Ribbestad, who started to play in Djurgården as a young kid and left to Huddinge and the NIU Development in the Junior Ages. The other Djurgården player from the Youth Development is Edwin Lindström, he also took the Junior Development  Step in the Huddinge NIU program.