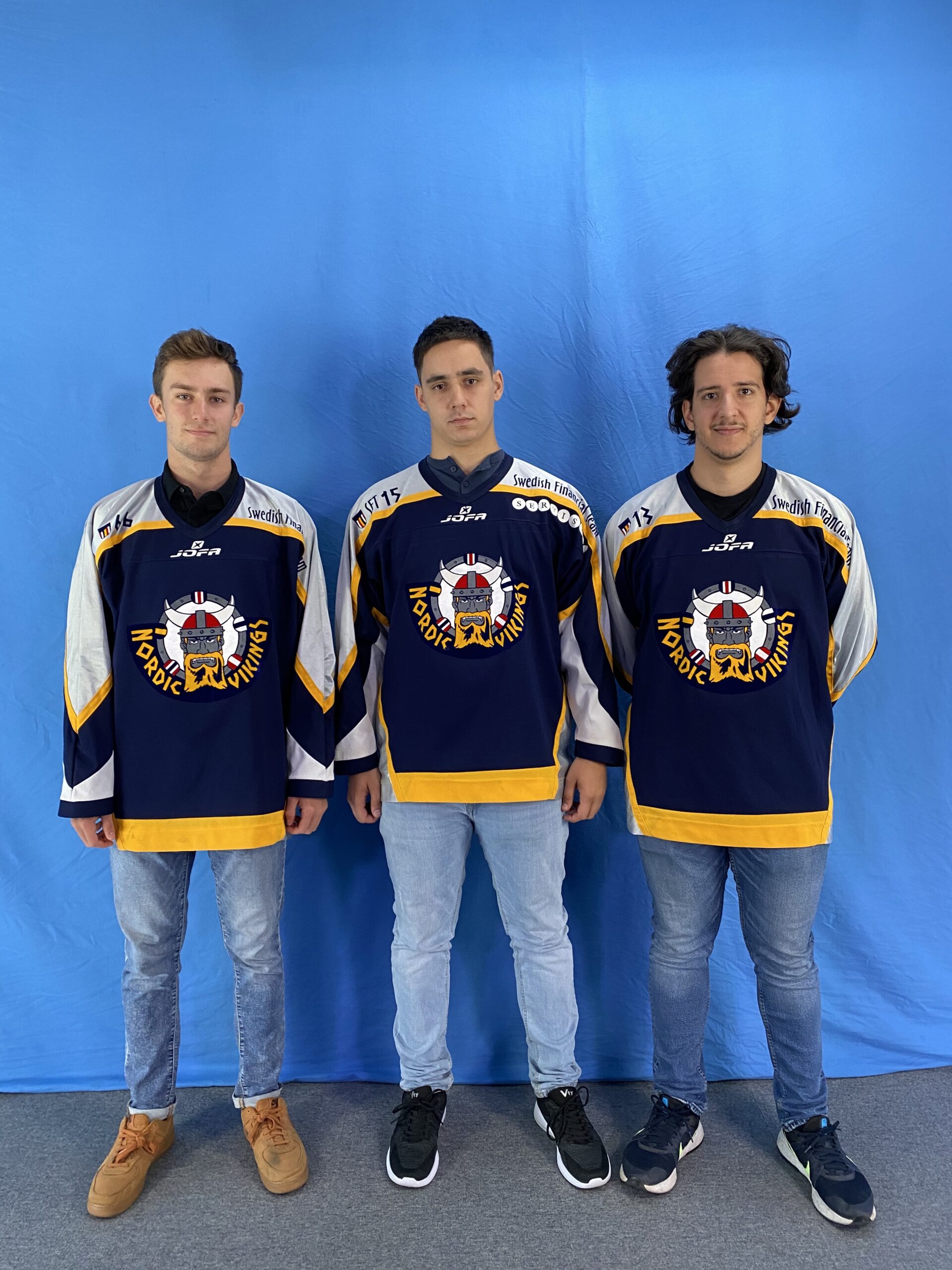 Sabin Matei was born in Romania and raised in Spain until he became a senior player.  He started in figure skating in 2017 and became a hockey player a year later in the Granada Grizzlies “B” team. A year later, in 2019 he achieve to play with the “A” team. The second half of 2020 and the complete 2021 seasons had been a tough years to continue evolving as a hockey player until this opportunity came on july 2021. I am happy to be here and to be able to learn from my teammates and rivals

Álvaro García Domínguez was born in Albacete, Castilla La Mancha, Spain. Having played sports since he was a little kid, started skating at the age of 10 and playing hockey at 12. He has been playing some regional inline hockey leagues until 2017 when the “Albacete Hockey Club” classified for national inline hockey championship as juniors. After that, his junior team suffered a breakup. A couple years later, in 2019, the next good opportunity to keep evolving as a hockey player was to join the Granada Grizzlies and play the “Liga Andaluza Hockey Hielo” with Granada Grizzlies “A” team.

In 2020 after having overcome a fibula fracture while he was practicing on the ice and the outbreak of COVID-19, he has been playing inline hockey in “Liga Sur” and trying to be on the ice as much as possible in “pabellón Mulhacén”. It has been in the summer of 2021, at the age of 20, that after a few inline tournaments, it has come a good opportunity to improve as an ice hockey player with the Nordic Vikings training camp and LNHH (Liga Nacional Hockey Hielo) project.

Javier Plata Peña was born in Granada, Andalucía, Spain. He first knew about hockey was in 2015 when he watched winter universidades in Granada. He loved it and until this moment he has wanted to play the game. He learn to skate in 2016 and made a team called “Granada Eagles” in 2017. He played there for two years. The team was dissolved in 2019 and he had to play inline hockey in “Búhos” team, where he played “Liga Sur”. In July 2021 this opportunity with Nordic Vikings comes and he is able to return to ice with some extra motivation.

” We are happy to have all three players here in Stockholm. For us it was quite natural to give this boys a chance to come here to the Camp. We have got a lot of help from people in Granada with an Interest for Ice Hockey.  This time it was Rafael Allegre Smith, from Alhamra and Mulacen, in the Don Patin Rink who pushed them to come, but we should not forget Steven Gonzales, Granada Grisszlys and the Igloo – that have to close down due to the loss of support from the local state – I really think it is really a shameful behavoiur. But also when we showed the project in Granada the local state and the companies showed very little interest in the support and I think this is sad because with the link to Sierra Nevada very few places have the same potential for Ice Hockey as Granada has ” Says Per-Erik Holmström