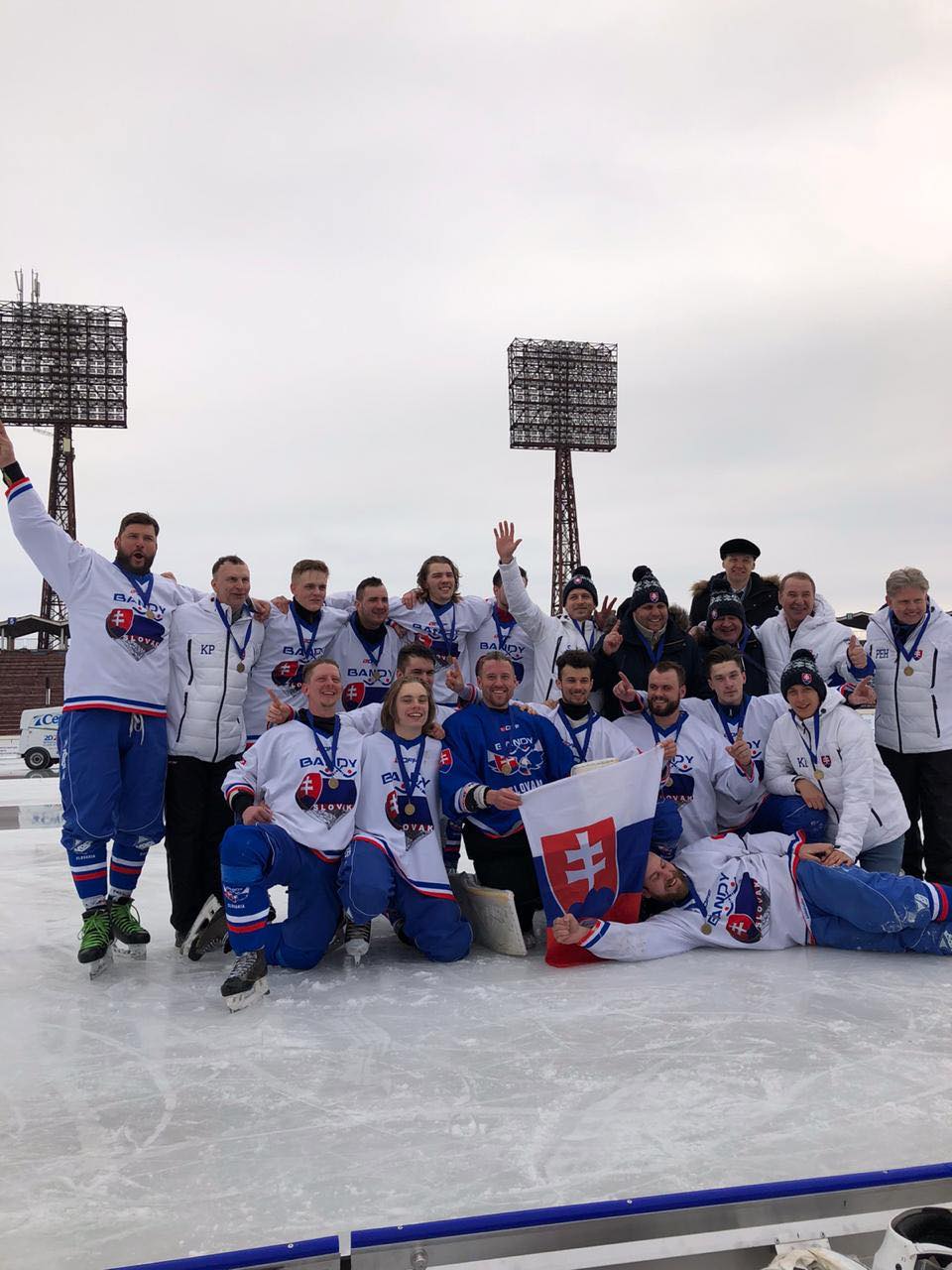 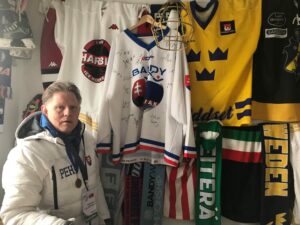 The Slovakian Bandy Team, came back from the defeat against Hungaria in the Semifinal and took the Bronze Medal after they won the Mongolian Team in the Bronze Game 3-2.

“We might not have played the most beatiful Bandy in this Tournament but the Slovakian Team has shown what you actually could do with a good Teamwork, due to limited resources in preparation, and I hope our journey will be noticed by other Teams.  I have already noticed it has been noticed in China, where we were really close 2018 Harbin. For me it has been great experience to work with Konstantin Priachin this time as it was in Harbin with Nic Tuckhay. It seems the combination of Russian and Swedish Coaches is a good solution.

About the Final – I could just say that this was the day of Peter Benes – I think we should have won the game already in the first halves with all chances created. The the Mongolian Team came out with a more skating based tactics when they saw we controlled the fast High Ball play that killed us in the first game, and they managed to skate us out and changed the game – when Peter Benes stepped into action… and the rest is Slovakian Bandy History. Last I want to thank all the players for their attitude, excepts some late hours….. and the President Luka Vepy and his father with the world this was a life experience week.. Just to come back from the deep in Bajkal See and win a WC Medal for me and I also hope this inspires China”… Says the Chinese Professor Per-Erik Holmström