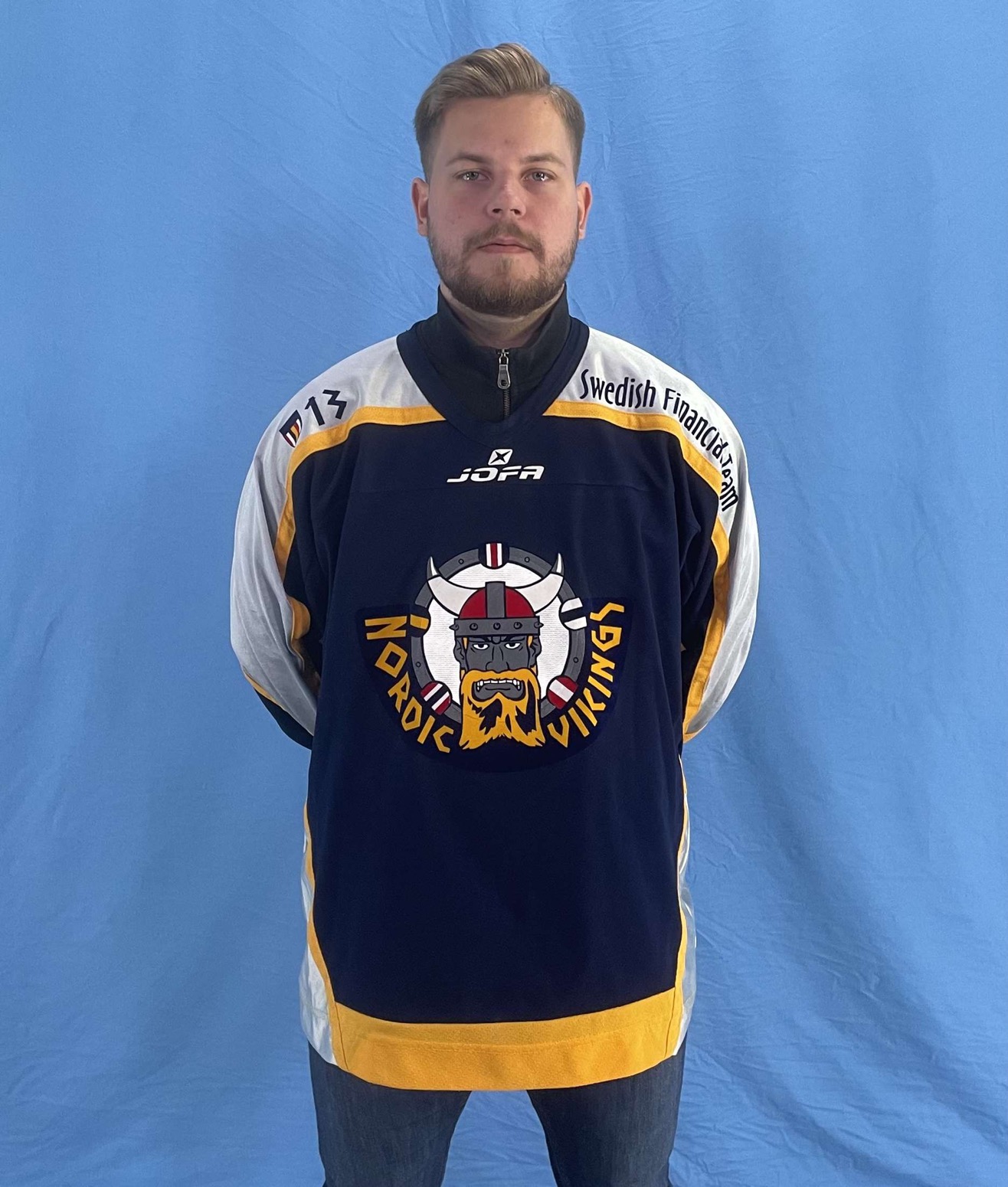 Nordic Vikings Edwin Lindström will do his first game for Majadahonda and add strength to the Roster already including John Wedin that, so far in the season have added a lot to the team. The Game today against Txuri Urdin ( from San Sebastian) is important for both teams, as it is one of the games that will clinch the Play Off place for them.

Andreas Eklund – Hello Edwin you will now join John in the La Liga Hockey Hielo … How is your expectations  – Thanks Andreas, it will be fun to join John here, and hopefully I could add to the team strength. As you know I have always wanted to play the playoff in Spain, so already today it will have to be 100%…to help Majadahonda reach that goal.

Andreas – Per-Erik What could you say anything about the season so far in La Liga ? – “First I think Edwin will add some quality to the Majadahonda team that I expected to be better this year, but so far they have underperformed from my way to see it. Jaca, Puigcerda and Barcelona have done what they should in the top of the league with their expected tradition and style. FC Barcelona has done it really well due to all their circumstances with Ice Time. I think Huarte from Pamplona, has moved their skills up as expected and has done a great season so far, but I still think that both Txuri and Majadahonda will pass them in the race for the last Play Off place. Logrono still seems to struggle a bit in sports side but many of the bases are there with a great Arena. So finally I hope that Majadahonda with support of Edwin and John goes to Play Off and from there we will see.. So far Jaca seems really strong and has dominated the league so far – but the League is one thing and the play off is another. However this the year Play Off Games will be played best of 5 instead of 3 which should add possibilities for the more structured teams…It will be exciting to see….but the Nordic Vikings Heart will be at Majadahonda this year… and now Vikings will follow both Edwin Linström John Wedin “ Best Per-Erik

18 Sep 2022
Next Game – Nordic Vikings vill not play La Liga Season 2022-2023 However The La Liga Hockey Hielo will still be interesting to follow. Here is the Gameschedule http://www.hockey.fedhielo.com/league/1674 If…

23 May 2022
Nordic Vikings Award was announced when Perka became 60 and Finacial Hearings became 30. The Nordic Vikings Part https://tv.streamfabriken.com/financial-hearings-30-year-och-perka-60-year?seek=3506 Here are the Winners ( Film in Swedish) https://tv.streamfabriken.com/financial-hearings-30-year-och-perka-60-year?seek=4998 MVP Most…
Menu