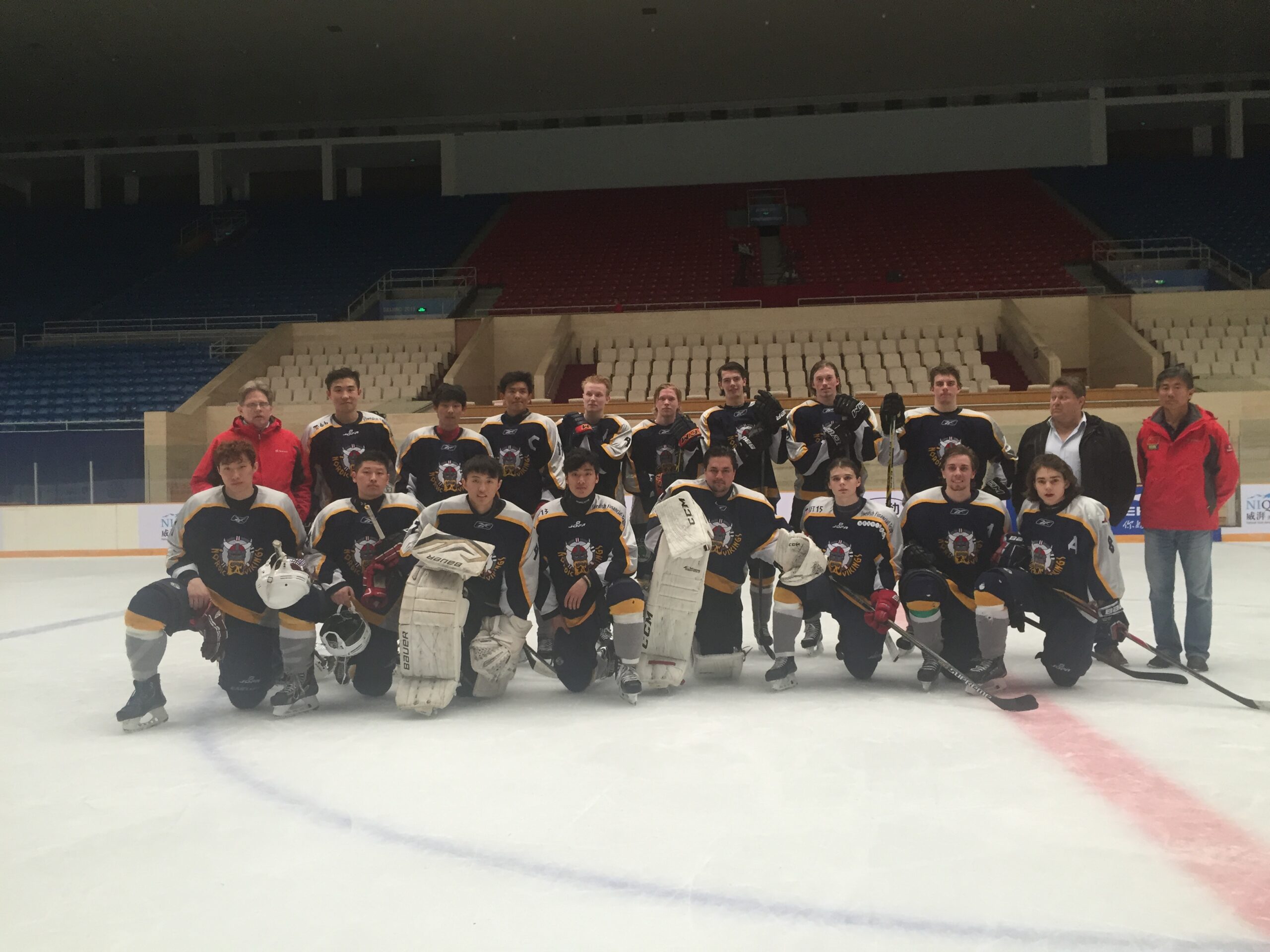 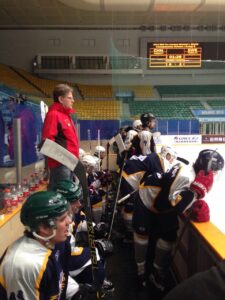 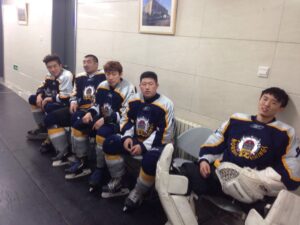 Nicklas Heienrö came out with full speed and scored 2 goals in the first period and
after that Nordic Vikings could control the game and showed some great
skills to the audience of around 1.000 people mostly young ice hockey kids and
parents from Beijing who took the opportunity to see the Chinese National Team,
play the World Championship rehearsal game in the National Arena.

In the beginning of second it was Tim Robin Johnsgård that took out the Chinese
Defense on a ride, but a little bit of un concentration took the Chinese back
in the game with 2 goals, before Heinerö himself started the show to do 4-2…
Then also 5-2 came by Zhang Weyang in power play just before the end of second.
This goal became the last goal for Nordic Vikings this evening and in the third
also Zhang Weyang had to leave the scene after a game misconduct.

The Nordic Vikings players was cool the whole evening but this time they could really feel
how it could be to play with a one eyed referee in Asia. Finally it went to
much also for the coach and after a complaining demonstration in several
minutes, the referee finally came back to game… The Chinese Team did one goal
in the third but Nordic Vikings was controlling the game and puck most of the
time in this period as well.

Today we move the new Hokay Rink for Game 2…